She was one of the most courageous women I knew… 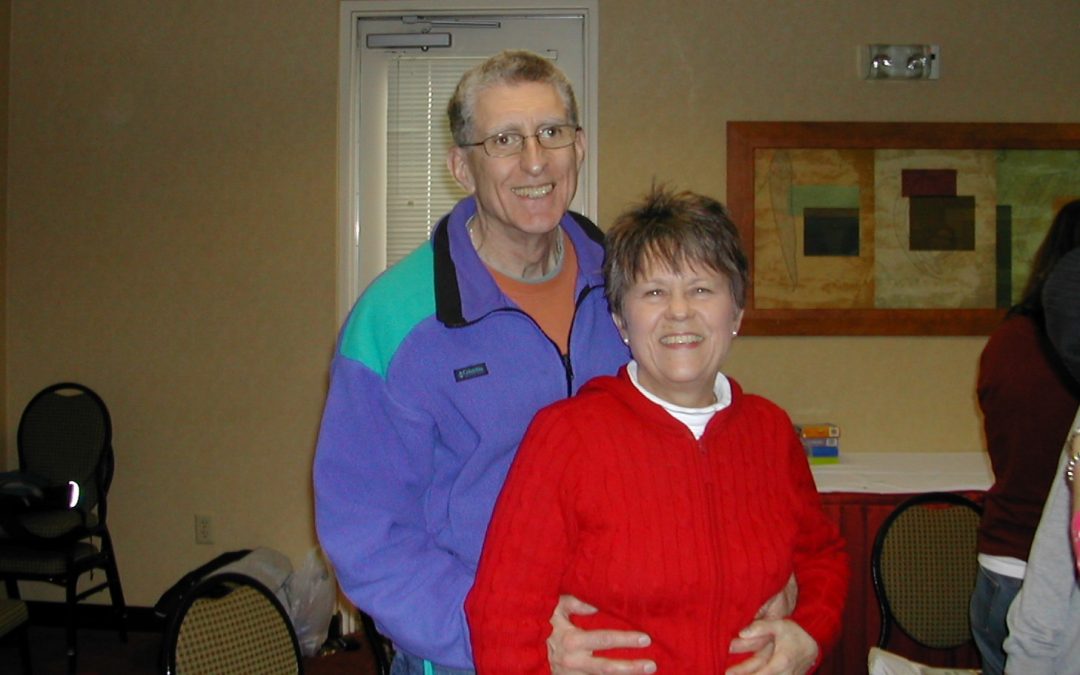 herinda died on November 30, 2019. She was one of the most courageous women I’ve ever known.

I first met her when she and her husband, Mike, attended a workshop I gave in 2000. Shortly afterward, I heard she had been diagnosed with cancer – lymphedema to be exact. She went through the usual and arduous regimen of chemotherapy. They also surgically removed the
tumors in her leg.

I know this because Mike stayed in touch with me. A year later, he enrolled in a yearlong program I offered back then. In 2004, Linda – who was then in remission – enrolled as well. She continued to work with me until she died.

That is how I had the privilege of having a ringside seat for her ongoing and courageous journey. It’s also why I’m sharing part of her story with you today.

While officially “in remission”, Linda continued to find spots on her legs. They were like mini- tumors, most of which were benign.

Yet every time she discovered a new one, she felt terrified.

Was it malignant? Was the cancer back? Had it spread to other places in her body? Would she have to go through the hell of chemo all over again?

Every time this happened, her doctor cut the new lump out – leaving yet another “dent” and a permanent scar on her leg. As Linda described it, her lower leg looked like a minefield.

When this happened, usually 3-4 times a year, Linda would come to her coaching call in tears. Tears of fear AND of frustration.

I supported her as best as I could. Inwardly, I was as frustrated as she was. Not only because it kept happening, but because I knew there were other ways to deal with it.

Years earlier, I had faced some serious health challenges myself. Through that, I was blessed to work with some amazing natural and alternative healers. One was Dr. Renee Welhouse, a pioneering naturopath in Madison.

Renee was a cancer survivor herself – but not because of traditional western approaches. She had tried chemo, radiation – even a bone marrow transplant. Nothing worked. So she embarked on a journey to heal herself naturally. She became a naturopath to help others do the same.

That’s why I KNEW the same possibility existed for Linda. I knew she had other options.

And yet it wasn’t my role as a coach to try to convince her of this. I had to wait until she was ready – IF she ever got to that point.

At the same time, I knew that staying silent didn’t support or empower her.

So for the next three years, when she came to a call announcing she had found another spot, I would gently tell her…

“When and if you are ever open to it, just know that there are other options available to you.”

That’s it. No pressure. No convincing. No attachment to what she did. Just a gentle reminder – a seed I planted in her mind and continued to water.

And then one night it happened. I remember it clearly. We had been living in the farmhouse for three years and I was sitting upstairs in our bedroom for her call.

I greeted her. “Hey, Linda. How are you doing tonight?”

She responded with what I can only describe as vulnerable determination.

Caught off guard, I asked, “Ready for what?”

“I’m ready to explore those other options. I found another spot. And I’ve HAD IT. I’m tired of them cutting away chunks of my body. This isn’t how I want to live my life.”

One week later, Linda and Mike drove from the Twin Cities to Madison. It was the first of many appointments at The Wellhouse Center.

Linda knew NOTHING about natural healing yet she jumped in with both feet. She learned about detoxing her body cellularly – then rebuilding her immune system. Determinedly, she put herself through all of the many cleanses she was instructed to do. She completely overhauled the way she ate, the way she cooked, the way she took care of herself. She created charts of the multiple supplements she needed to take and when.

A couple of weeks after she began her new regimen, her oncologist told her she was no longer in remission. Rather, she had advanced to Stage IV and had about four months to live.

Linda later told me how she was surprised that she didn’t panic when he told her. Knowing that she had other options empowered her. So did knowing that she could and WAS doing something to help her body heal.

She never looked back and lived another 12+ years.

I share this with you, my friend, so as to do for you what I did with Linda.

If scarcity, fear, and guilt around money is like a “cancer” affecting your life, health, and well-being…

Even if you’ve tried things like the Law of Attraction, vision boards and affirmations…

Yet nothing has worked, then know that there IS another way.

Being FULLY alive is not the same as making a living – even a good one. Your life is meant to be about SO MUCH MORE than making, managing and worrying about money.

As Linda discovered, her body had the ability to heal itself when she knew how to work with it and gave it what it needed.

And so it is with our SOULS – even when it comes to healing any “money dis-ease” we have.

So when you’re ready to discover the “other way” I’m talking about, let’s connect.

Until then, my friend, know that I will keep reminding you.

Because you were created BY abundance, FOR abundance.

And all that you need is available to you – if you only know where and how to access it.