The back door approach to getting unstuck… 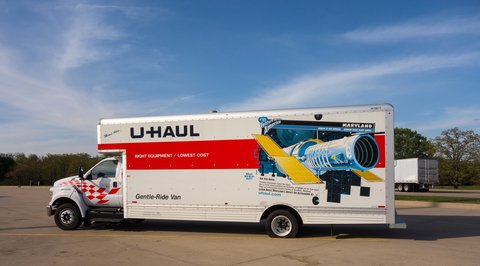 In my last post, I left you hanging.  Our 7-ft. leather couch was stuck in the stairwell.  And you were stuck in the Archetype of Scarcity.

I also promised that there was a way out. As we discovered with our couch, there’s a way you can get unstuck.

Those are the approaches the Archetype of Scarcity compels you to take. They are reactions to scarcity that create more scarcity.  Not to mention fear, overwhelm, stress, exhaustion, frustration, pressure, struggle and TEARS!

That Saturday morning in 1994, with our couch still stuck in the stairwell, I was on the verge of tears.  More than an hour had passed and nothing we tried had freed it.   That was when our friend Richard arrived.  He knew he’d be late, but he wanted to help.  He took one look at my face, then at our couch blocking the stairwell and said,

“You need to take it out the back door, Teresa.”

I protested.  “Richard, the stairs out our back door are even worse.  If we can’t get it down the front stairs, we’ll never get it down those stairs!”

“I didn’t say take it down the stairs.  I said take it out the back door.  Then pull the truck in the alley, as close as you can to the building.  We can lift the couch over the railing of your back porch, onto the roof of the truck.  Then we can slide it down the side of the truck and get it loaded.

I stared at him, my mouth agape.

Jeff exclaimed, “Of course!  What a great idea Richard!”  Dan quickly added, “Honey, go get the truck and drive it into the alley.  Get as close to the building as you can – right next to our porch.”

I was out the door in a flash.  By the time I pulled up with the truck, the guys had the couch on the porch.  When I pulled next to them, Richard and Jeff crawled over the railing and onto its roof.  Dan, John, and Steve lifted the couch over the railing.  Together, they all guided it onto the roof of the U-Haul.  Then Dan, Jeff & John ran down the stairs.

I watched in amazement as the five of them guided the couch over the edge of the roof.  Then they slowly slid it down the side and onto the ground.  Ten minutes after Richard had arrived, our coach was safely loaded in the truck.

I burst into tears and gave Richard a bear hug. “Thank you!” I blubbered.

What Richard offered us that Saturday morning is what I offer you now, my friend.

A way to get unstuck.  A way to be free of the fear, pressure, struggle and overwhelm that happens when we are in scarcity.  Especially when it comes to money – no matter how much money we have.  Because your experience of scarcity is not a function of the AMOUNT of money you have.  Rather, it’s a function of the RELATIONSHIP you have with money.

When “not enough money” is running your life, you’re like our leather couch stuck in the stairway. In the Archetype of Scarcity, no amount of money is going to give you the freedom and abundance you long for.  Make more, save more, spend less, get out of debt – it won’t give you what you’ve been working so hard to achieve.

Like with our couch, the way to get unstuck is to find another route.  What I’m calling the back door approach to getting unstuck.  This is what the original Archetype of Abundance offers us.  (You AND me.)

The first step down that path is to embrace a new understanding of abundance. This is what I shared in the video you received when you first subscribed.  (If you haven’t yet subscribed to get this plus two bonus videos, you can do so here.)

The second is to let go of your belief in scarcity. Just like I had to let go of my belief that it would never work to take our couch out the back door.  This must be done again and again, moment by moment, breath by breath.

The third is to let go of the idea that you have to figure it out or handle it yourself.  Or even with the help of your family or close friends.  Sometimes we need someone with a fresh or different perspective.  Like Richard was for us and our couch.

That’s what I’m here for.  So if you’re feeling stuck, frustrated or overwhelmed because of money, know that you can go out the back door too.  Because you do not have to figure it out or do it by yourself.  In truth, you can’t.

It’s this “back door approach” out of scarcity that I address in my webinar.  Please consider joining me.  The only cost to you is 90 minutes of your time.  As for the reward? I believe it will be life-changing.   Claim your spot now.

Remember, my friend, that you are part of something bigger than you and your own individual efforts.  Call it God, Spirit, Universe, The Divine or some other name.   The One who created you wants you to have all you need to freely and fully live the unique life you were created to live.

But you have to take a different approach.  You have to use the back door.

Because you were not created to stay stuck.  You were created for so much more.   If you agree, register today to join us.