The difference a look can make 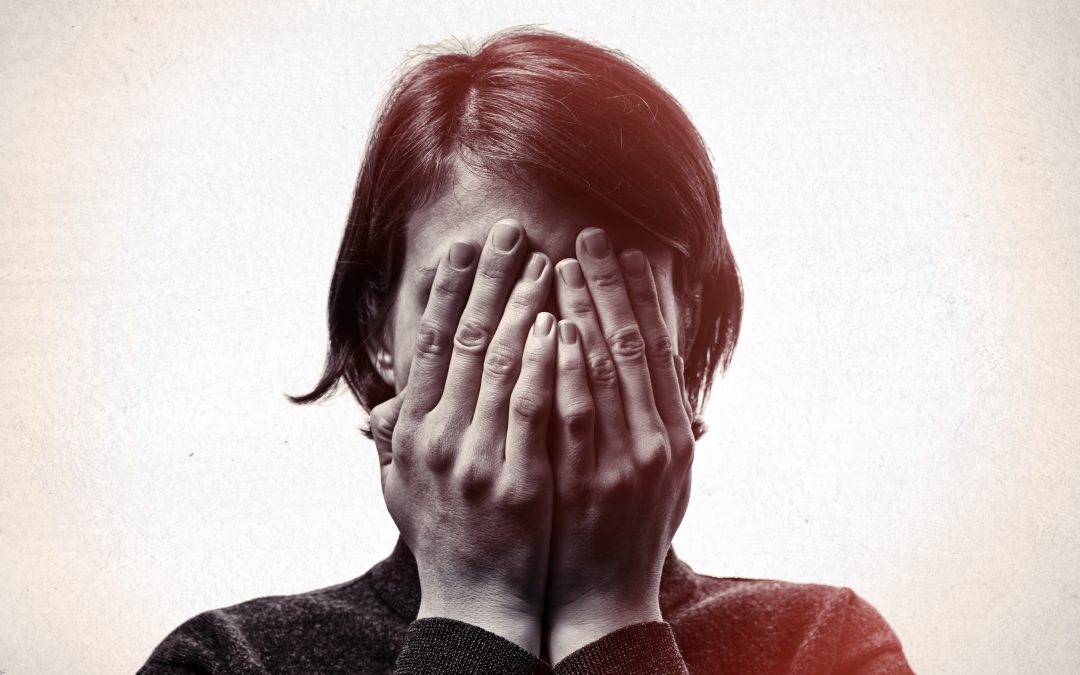 I made a BIG mistake Tuesday night. When I realized it Wednesday morning, I broke into sobs. I knew my heart was in the right place when I did what I did – yet I still wished I could go back and do it over.

But I couldn’t. This was one mistake that couldn’t be fixed.

In the past, I would have reacted in one or all of these four ways.

First, I would have blamed someone else – in this case, Dan.

Two, I would beaten myself up – inwardly berating myself with thoughts like…“What the heck were you thinking?” “When are you ever going to learn?” “How could you be so stupid?”

The third thing would have been to minimize both the mistake and my feelings. “It’s no big deal.” “Everybody makes mistakes.” “It could have been worse.” “You’re only human.”

And while all of those approaches temporarily made me feel better, they prevented me from truly learning from my mistakes. I’d quickly forget what I “thought” I had learned.

So Wednesday I did none of that.

I practiced standing – albeit miserably – in the truth of what I had done.

I told Dan all about it – and later told my coach. I wept over the consequences of it. And I practiced loving myself despite what I had done. I practiced forgiving myself.

I began by anchoring myself in what I know to be true about God/Spirit/The Source of Life. That the One who created me loves and accepts me, completely and unconditionally – even when I make a COLOSSAL mistake.

As I continued to sit in silence, breathing in this Divine Love, I thought of two other people who made COLOSSAL mistakes.

They were Judas Iscariot and Simon Peter. If you’re not familiar with the Christian tradition, both were apostles of Jesus. They were among his closest friends.

And they both betrayed him.

Judas handed Jesus over to the chief priests in exchange for 30 pieces of silver. They then arrested and condemned Jesus to death. That’s when Judas tried to “undo” his mistake by giving back the money. But, just like my mistake on Tuesday, it couldn’t be undone.

So Judas killed himself.

Peter’s mistake came after Jesus’ arrest. That’s when he denied he knew Jesus. He denied being one of his followers. He did this despite Jesus warning Peter that he would betray him. But Peter didn’t listen. He vehemently declared he would NEVER betray Jesus.

And then he did – not once, but THREE times.

But Peter did NOT kill himself. He went on to LIVE life as a passionate spokesman for a God who loves us.

So what saved Peter from beating or killing himself – literally or figuratively?

I believe it was a single LOOK.

In the Gospel of Luke, we read that – right after his third betrayal – Jesus turned and looked at Peter. I now believe it’s what Peter saw in that LOOK that empowered him to forgive himself and go on living.

I imagine he saw understanding and acceptance. Kindness and compassion. Forgiveness and love. All at the exact moment, Peter thought he didn’t DESERVE any of it.

Which is exactly how I felt as I wept over my mistake on Wednesday morning.  That’s also when I realized something else about the exchange between Peter and Jesus.

I realized it would not have happened if Peter had not had the courage to actually LOOK at Jesus. On the heels of his mistake, he did not hang his head in shame, run and hide, blame someone else or make excuses.

Instead, he dared to LOOK at the friend he had just betrayed.

What an act of courage! I’m sure Peter expected to see anger, disappointment, hurt – even rejection – in Jesus’ eyes.

But he didn’t. In daring to look AND be seen, he experienced love. And forgiveness. And freedom from his own shame and self-hatred.

That look made all the difference for Peter 2000 years ago.  It did for me this past Wednesday. And it can for you, my friend.

If you’ve tried to blame them on others thinking that will make you feel better..

I’m here today to remind you that it’s simply not true.

My friend, the God who created you loves and accepts you, completely and unconditionally, as you are, for who you are and despite whatever you have [or have not] done.

That’s a given. That never changes.

As I did on Wednesday, I invite you to take some long, slow, deep breaths. Imagine Divine Love flowing through you with each one. Your mistakes haven’t changed that.

Then, my friend, I invite you to take the same courageous action Peter took.

I invite you to LOOK in the eyes of another human being – a friend or family member who loves you – and tell them the truth. Admit your mistake – whatever it is. If it’s around money, tell them about the debt you’re in. The money you’ve spent carelessly. The investment that went bust. The savings you lost. The manipulation tactics you’ve used to make money.

Let yourself be seen – mistakes and all.

Let yourself be accepted and loved.

Because, as Jesus said and as Peter and I experienced, “the truth shall set you free.”

And that, my friend, is who you were created to be.