The miracle that might NOT have been…. [Nikky’s story – Part 5] 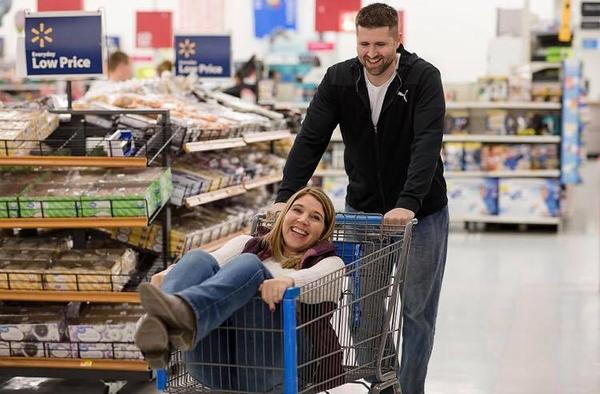 As I hinted in yesterday’s email, the biggest miracle of abundance had yet to happen for Nikky & Greg.

First, a little back story.  When Nikky enrolled in my Soul Work of Money™ program in November 2020, she wanted to get a handle on their money.  She was tired of the rollercoaster pattern of struggle she’d always had with it.

She’d go from having just enough to get by to having surplus money. Then she’d spend it and go right back to struggle and not enough.  As she described it, she had a “bipolar” relationship with money.  She’d vacillate between a Mother Teresa “poverty mindset” and an Oprah Winfrey “be wealthy, live life BIG” mindset.

All of which reinforced her deep-seated belief that she was “unworthy” and “not good enough”.  In her mind, her worth was dependent on what she did or didn’t do – AND on the validation and approval of others.  And since she had screwed up her finances time and time again – and disappointed others in the process – she felt worthless.

Like I said, she started working with me thinking it would help her get a handle on their money.  And it did – but not in the way she expected.

You see, some deeper healing had to happen first.  She had to begin to heal her “worthless” wound and learn to honor and trust herself.  And for that to happen, Nikky needed to open up to a new experience of God.

You see, the “person” Nikky was most convinced she had disappointed was God.  She grew up with an idea of a God who rewards and punishes based on good/bad behavior.  Subconsciously, she thought she had to EARN or DESERVE God’s love.

Yes, Nikky began to heal her relationship with money during my program.  But the real healing and transformation came from practicing letting herself be loved – by God, by others and by herself.  It came from actually EXPERIENCING herself as loved – just the way she was.  Not based on what she did or did not do.

Nikky developed a regular practice of taking time to DO NOTHING. For simply being present in the moment – to God and herself.  Of OPENING herself.  She began to “hear” and trust “the still small voice” inside of her – call it her intuition or the Holy Spirit.

She began to experience herself as INHERENTLY worthy and lovable – not based on what she did but on who she was.  Based on the truth that she is a unique expression of Divine Spirit in human form.

All of which is what empowered her to resist her impulse to do something – ANYTHING – when Greg blew out his knee.  It’s what supported her to hear and act on the idea of becoming a dog-walker and pet-sitter. To be open and TRUST.  And it supported Greg to do the same.

Culminating with the miracle that happened for them in November 2021.   Here’s an edited excerpt of what Nikky shared about it on Facebook…

Greg and I were sitting at the table the other day discussing what our upcoming week looked like. It was a little after noon and the sun was shining as I looked out the window at our freshly raked lawn.  As I did so, my eyes stopped on our mail box.  I wondered aloud if Greg had gotten the mail yet.

He hadn’t so he threw on his Crocs and went outside.  I watched as he made his way down our driveway.  But instead of turning to check the mail, he walked to the empty trash bin and started dragging it back to the garage.

When Greg came back inside a few minutes later, he was holding a white envelope with the words “The Plunketts” penned across the front.  He handed the THICK envelope to me and watched as I ripped it open to see what was inside.

What we found was something we would never have expected… we found God’s grace wrapped inside with a letter. It was filled with CASH!   As we counted the bills, tears started to stream down my face and then we just held each other as the waves of shock and disbelief rolled over us.   [FYI – It totaled $1500!]

Later that evening, we had time to talk about what we were feeling.  I said I was feeling grateful.  But I also shared that one line in the letter really struck me.  It was when the person said “I’m not a rich person”.  It struck me because I’m not sure I would have done the same. I knew this was a sacrifice for them and I was struggling to feel worthy of receiving it.

On that day, Nikky had a mind-blowing, FELT experience of what it means to be loved without cause.  To receive God’s grace through the generosity of another person.  Not because they earned it or deserved it – but because the other person wanted to GIVE it. That person was a mirror for her of how God works.

But it gets even better – as Nikky wrote.  The muscle they had developed of listening to and trusting that “still small voice” played a HUGE part in this miracle. Nikky continues…

Greg, on the other hand, said he felt grateful AND overwhelmed.  He told me that when he walked out to check the mail, he noticed the flag on the mailbox was still up.  That’s why he decided to bring the trash bin back instead. As he was pulling the bin up the driveway, he was hit with a strong need to check the mailbox anyway.

It didn’t make sense – but he decided to comply. When he opened the box, the letters we had posted were still inside – ready for collection.  The envelope with cash inside was lying on the bottom.  Since it had our name on it, he brought it inside.

He said he felt overwhelmed realizing that if the mail had arrived earlier, the postal carrier might have taken that envelope along with the others. My heart sank as I imagined a blank envelope filled with cash floating around the post office with no address – just a last name scrawled across the front.

Then it hit me. The only reason we received this person’s generosity was because Greg chose to listen to the feeling he had.  If he had ignored the feeling – as we have done so many times in the past – we might have missed out on the miracle.

Had they not developed the practice of being OPEN…

There might not have been a miracle. They might have missed out on this expression of Divine generosity. Divine generosity made visible through the person who put the envelope in their box.

Which leads me – full circle – back to how Nikky responded when the *@#!%* first hit the fan. When she resisted her impulse to immediately try to fix the situation all by herself. When, instead, she got quiet and still and waited. When she (and Greg) began their faith journey trusting in the manna that would come.

When she (and Greg) began their faith journey through the wilderness – and opening up to receive the manna that came their way. When Nikky (and Greg) chose to trust in abundance.  When they chose to trust that they are part of Something Bigger than them and – in that – they have access to all they need…

Breath by breath.  Moment by moment.  Day by day. When they chose to trust that they are…
Loved.
Guided.

And oh SO worthy!

In Part 6 I’ll share the final segment of their journey – with an update on where they’re at today.

It’s a story that illustrates why I often call God “The Great Composter”.

Know that what is true for Nikky is also true for you, .

And oh SO worthy!