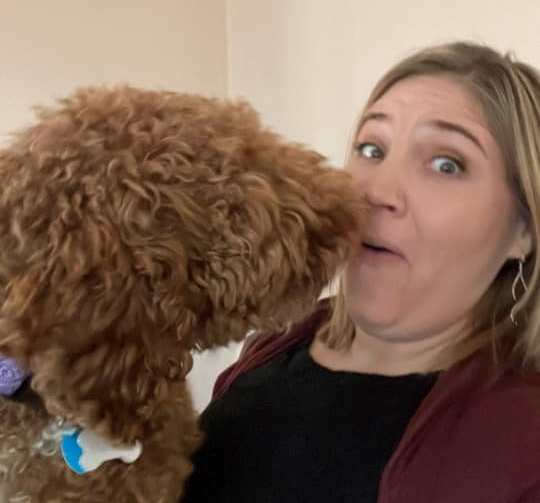 forLast August, the *@#!%* hit the fan when Greg blew out his knee and his business (and income) came to a screeching halt.   Little did they know then that today they’d think of it as a great blessing.

But it’s EXACTLY how they feel today.   This is why I often refer to God as “The Great Composter”.   The Divine Creator ALWAYS uses what we see as shit in service of growth and new life.  That is, if we are OPEN to it.  Nikky and Greg were.

Before he blew out his knee, Greg was beginning to think that he didn’t want to keep doing his business.  Not only because of the wear-and-tear on his body.  It was because of the [sometimes] long hours and uncertain, inconsistent income.  He’d always loved to fix and build things – but that joy was gone.

The only problem was that he thought he COULDN’T quit.  After all, his income was 60-70% of their household income and he had a family to support.  So rather than listen to what his body (and HEART) was telling him, he kept working – because they needed the MONEY.

It was for that same reason that Nikky’s first impulse was to put her coaching business on hold and go get a “real job”.  You know, a 9-5 job working for someone else.  Or even MULTIPLE jobs.  If Greg couldn’t work, she figured she had to.  Not because she wanted to.  Not because she felt called to do it.  But because she need to “fix it”.  Because of the MONEY.

Of course, Greg was forced to quit.  And Nikky resisted her first reaction and gave herself time to be still, listen, get guidance and respond.   You know the rest of the story. But you don’t yet know what’s happening with them now.

First to note is Nikky’s response when I asked her if they incurred a lot of debt during this time.  She shook her head.  “No,” she said. “We didn’t! Less than $1000 – probably not even that much.”

Second, Nikky still is (and has been) actively growing her coaching business.  (You know – the business of her dreams.  The one she felt God had called her to.)   She’s had fun making new friends (human and furry!) as a result of her second business, i.e., dog-walking and pet-sitting.  She’s even in better shape physically from all the walking.

While there have been times where she’s felt afraid and stressed these past six months, they have been rare.  (Much to Nikky’s surprise.)  What might have been six months of hell (especially if she had gotten a “real” job), has been a time filled with joy, blessing, growth and love.

As for Greg, he had knee surgery in October.  But his recovery took MUCH longer than expected.  It wasn’t until the end of December that he could walk and move without pain.

Just in time to be hired by Prairie Hardwoods on December 31st.  This new job utilizes all of his gifts and skills – more than his business did.  And it’s not as physically taxing.  He’s doing work he loves, with people he enjoys AND who appreciate him.

Best of all, Greg and Nikky now have a consistent income.  Gone is the rollercoaster experience of making lots of money in the summer and less in the winter.  Of not having income until a project is finished.  And the uncertainty that came from not knowing when they’d get paid.

THIS is what I mean when I refer to God as “The Great Composter”.  It wasn’t MY program that produced the growth and transformation they have experienced.   I was only a grateful catalyst for the life of abundance God was inviting them into.  For the “upgrade” that resulted from apparent disaster.

Speaking of which, Nikky first learned about the Soul Work of Money™ when she participated in a free webinar I offered in October 2020.  It was the first step of her journey of growth and transformation – not only with money but in her life.  All of which she (and Greg) have so generously shared with you by allowing me to tell their story.

Which is why I’m ending this final segment with an invitation.  One I hope you will say “YES!” – if for no other reason than in gratitude for her generosity.

Just like I did with Nikky, I invite you to join me next time I offer my free webinar.

Learn about it and when it’s being offered here>>>