When you feel stuck & ready to cry, know this… 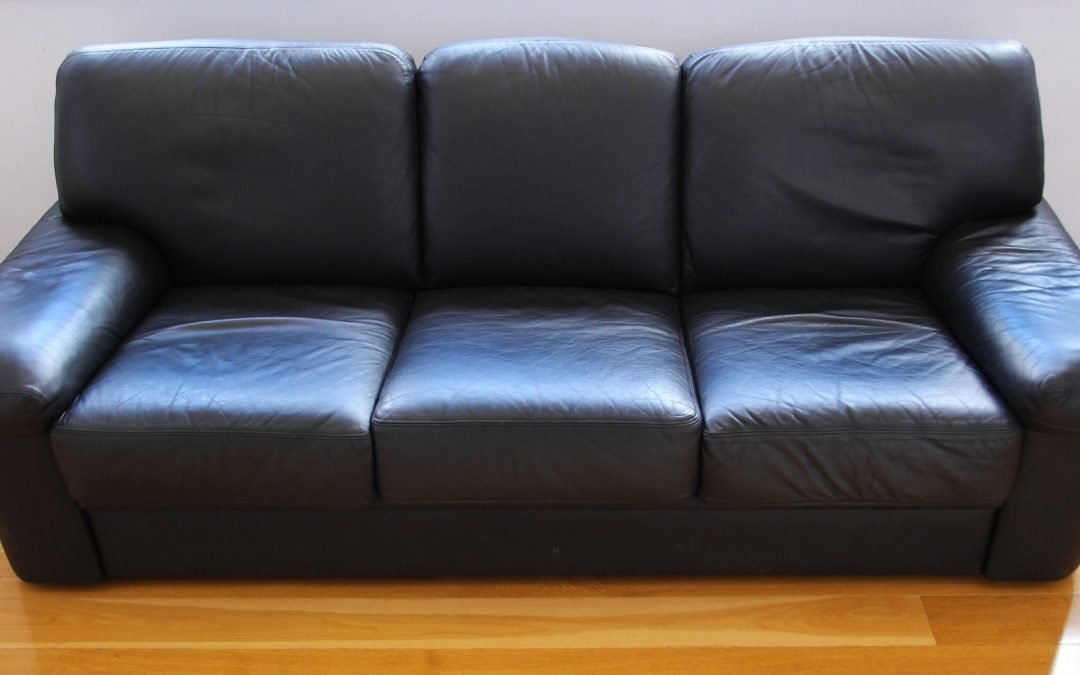 ,n I married Dan, I inherited his beautiful 7-foot navy leather couch with a hide-a-bed. I loved being able to stretch out on it to take a nap.  And that it was wide enough for us to lie side by side while watching a movie.

But in a matter of minutes, on a Saturday in 1994, I went from loving to hating that couch.

I had just quit my corporate job in Chicago.  We had already closed on a house in St. Paul, Minnesota. It was Moving Day.  About a dozen of our friends had gathered to help us load the U-Haul that was parked on the street in front of our condo.

I’ve moved more than a dozen times in my life, so I’ve got the process down to a science.  Especially loading the truck.

First, you put the stackable boxes in the back as well as in “granny’s attic”.  Then you load the dressers and tall pieces of furniture.  Next comes the larger furniture like tables, chairs and sofas.  You pile the rest of your things on top of and around that furniture.

We lived in the condo Dan had lived in since before we met.  It was in a three-story brick building with a gorgeous courtyard.  As was true for many older buildings in Chicago, its architecture was exquisite. Instead of flat ceilings, the ceilings in our building were arched. Rather than square or rectangular doorways, ours were curved. Instead of elevators, we had stairs. WINDING stairs. NARROW stairs.  With dark, solid-wood banisters on the side.

Everything was going smoothly that Saturday morning. The stackable stuff was loaded in no time.  Next came the big stuff. When it was time to load the couch, Dan, John, Jeff and Steve each lifted a corner and headed out the door with it. All was well until they reached the first turn on the stairwell. The couch got stuck.

In typical guy fashion, they reacted using brute force. With a 1-2-3 HEAVE, they tried to force it around the corner.  When they heard the sound of leather ripping, they stopped.

Next, they carried it back up to our condo, turned it on its side and again started down the stairway. They still couldn’t make the turn.

Thinking the banister was getting in the way, Linda and Eileen crawled down the stairs and UNDER the sofa. Then the six of them tried to lift it OVER the banister to navigate the turn.  That didn’t work either.

So there we were, with our couch stuck in the stairwell. We looked at it from every angle, trying to figure out a way to get it the rest of the way down the stairs. Forcing it hadn’t worked so next we tried finesse. We measured the couch and the stairway, thinking that turning it at just the right angle would work.  We tried every angle.  NOTHING worked.

Our move ground to a halt. With the couch in the way, we couldn’t load the rest of our stuff.  An hour went by.  Our couch was still stuck between the second and first floor – a huge hunk of navy leather blocking anyone from going up or down the stairs.

I was on the verge of tears.

If you’re one of my peeps, you know what that feels like.  Maybe not with a couch but definitely when it comes to money. You’ve tried EVERYTHING.

You feel stuck. MONEY is keeping you stuck.  Stuck between where you’ve been and where you want to be – living the life your soul longs to live.

And, like me that Saturday morning, you might be on the verge of tears. Feeling helpless, overwhelmed, alone. Feeling frustrated and impatient.

I get it.  That’s what I was like for YEARS when it came to the scarcity I was experiencing around money. So I understand.   It’s what happens when you’re trapped in the hidden Archetype of Scarcity on which our world has been built.

There IS another way – as I so clearly learned that Saturday back in 1994.

Which is why I’ll tell you the rest of the story in my next post.  Because, YES, we did get the sofa out of the stairwell and into our new home in Minnesota.

Because, YES, there is a way for you to get unstuck too.  To say goodbye to scarcity once and for all.

You can look forward to reading that post in the next couple of days. Until then, remember to BREATHE!